“Only ask, and I will give you the nations as your inheritance, the whole earth as your possession.” Psalms 2:8

And then he told them, “Go into all the world and preach the Good News to everyone…They will be able to handle snakes with safety, and if they drink anything poisonous, it won’t hurt them. They will be able to place their hands on the sick, and they will be healed.” Mark 16:15, 17, 18

History begins and ends with God. It is a story of His glory. 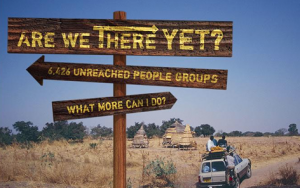 In one of the most profound statements in Scripture, Jesus declares in Matthew 24:14: “And this gospel of the kingdom will be preached in the whole world as a testimony to all nations, and then the end will come.”

Jesus has paid the price for people from every language, tribe, and nation but He has yet to receive the full reward of his sacrifice.

He is calling us to take the message of the Kingdom to the last remaining unreached and unengaged people groups of the world. Never before in history have we had the potential resources, manpower, and detailed knowledge of the task before us.

What we need today is focus.

Who are the unreached?

To understand who the unreached peoples are, we must first see the world and the nations through a “people lens.” The world is people—distinct peoples bound together by ties of language, culture, ethnicity, religion, shared history and other aspects of identity. (Political nationality is only one layer of identity).

Unreached people groups are those groups whose populations (which can range from hundreds to millions) contain only a very small percentage of people who follow Christ (2% or less).  Typically, this small percentage is not sufficient to build and sustain a movement to Christ internally. Those who are part of an unreached people group have little to no opportunity to hear a clear presentation of the Gospel—one that is culturally intelligible to them. In this case, the gospel must be presented and lived out by people from outside their people group.

Where are the unreached?

The majority of the remaining unreached and unengaged people groups live in a section of the world often called the “10/40 Window.” This rectangular section of the globe is located between 10 and 40 degrees North of the equator and roughly encompasses North Africa, the Middle East and Asia. Called by some “the hardest, darkest places” of the world, the 10/40 Window is home to:

·  84% of those with lowest quality of living

·  The least resource investment by global followers of Jesus

·  The least sharing of the Gospel message 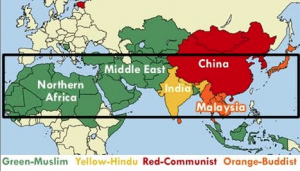 Some unreached peoples are also unengaged—meaning there are no known believers even trying to reach them.  Unless a group of believers chooses to engage them, they may never have an opportunity to hear the Good News. Identifying—much less crossing—cultural and spiritual barriers to find redemptive bridges is an extraordinary challenge and one of the main reasons that over 7,000 people groups remain unreached—and many of these unengaged.

Jesus commanded his followers to “disciple all nations.” A closer look at the word “nations” reveals that He was not referring to political countries like Russia or England but the people groups within them. The Greek word is ethne from which we derive English terms like “ethnicity” and “ethnic group.” Jesus has commanded us to disciple all the ethne in the world.  This is His heart—and he has entrusted it to us, his body. This extraordinary challenge awaits us—the 7,000 remaining unreached people groups of the world. We can take hope that even while He has commanded us to go, He also promises that he will be with us every step of the way, to the end of this age.